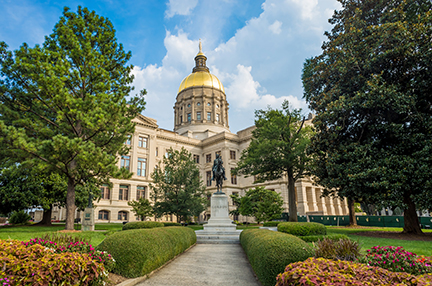 Residents and Business Owners of Georgia – Are You Being Monitored?

As a business owner or resident of the State of Georgia, your trade secrets or personal secrets could be shared through a hidden audio bug or hidden camera. Georgia has strict laws related to recording or eavesdropping on conversations and the use of hidden cameras. The only time recording a conversation is legal in Georgia is if it is done by one of the parties participating in the conversation. And hidden cameras? Those are a no-no even if the person using the device is the spouse of the person they’re watching. Spy Catchers LLC assists Georgia residents and business owners to ensure that their privacy is protected. To schedule a professional bug sweep of your home or business, call us now at XXX-XXX-XXXX. We want to help provide you with the peace of mind you deserve.

Audio bugs and hidden cameras are two of the most commonly used spying devices in Georgia homes and businesses. They can be extremely hard for you to notice. They can be so tiny that they fit inside of a nail hole, behind a picture, behind an electrical outlet, or under a table or bookshelf. They can also be hidden inside of rips in cushions. The question that most people ask us is why would someone target them in this way.

Business owners may be targeted for several reasons. The most common reasons include:

Citizens of Georgia can also be targeted. The most common reasons include:

As you’ve learned, audio bugs and hidden cameras are generally used for nefarious and sometimes dangerous purposes. Under Georgia law, the use of these devices is almost always prohibited. Protect your privacy. Call Spy Catchers LLC at XXX-XXX-XXXX to schedule a professional bug sweep.

Are GPS Devices Legal in Georgia?

Although Georgia has a Right to Privacy law, GPS devices are not specifically regulated. In short, using one is legal. However, the device may not cause damage, be placed when the vehicle is on private property, or be used for stalking or harassing someone.

Because GPS devices are commonly installed by a dealership for specific navigation and emergency purposes, it’s important for Georgia citizens to know how to tell if it is likely that a GPS device was placed to monitor them. When a device is factory-installed (meaning it is installed by a professional), it is attached in a way that is permanent. The most common way this is done is by using brackets along with screws and bolts. You can tell that someone had to spend at least a little bit of time installing the device.

GPS devices being used by someone else to follow you are often found under the front bumper, under the back bumper, or in some other place that allows them to quickly plant the device. When on the outside of a Georgia vehicle, it is attached with nothing more than a couple of magnets. They can also be hidden inside of a vehicle, too. The most common locations include between the seats, in the glovebox, under the dashboard, and inside of a center console.

The Most Common Hiding Places for Audio Bugs and Hidden Cameras

The most common hiding places for audio bugs and hidden cameras in Georgia businesses include:

The most common hiding places for audio bugs and hidden cameras inside of Georgia homes include:

Signs That Your Georgia Home or Business Is Bugged

Signs that your Georgia home or business is bugged include:

What Should You Do If You Believe Your Home or Business Is Bugged?

If you believe that your home or business is bugged, you  may not be able to find the device on your own. Follow these steps:

Did You Find a Device? Don’t Touch It!

It may seem counter productive for us to tell you not to touch the very device that’s invading your privacy. These devices can be extremely sensitive. If they aren’t properly removed by a professional, they could be damaged. If they are damaged, you will no longer have proof that you’re a victim of a crime under Georgia law. Call Spy Catchers to schedule an appointment and we will send a professional to remove the device for you. We’ll also sweep the rest of the location for additional devices. Don’t wait – call us now: 1-800-373-8726.