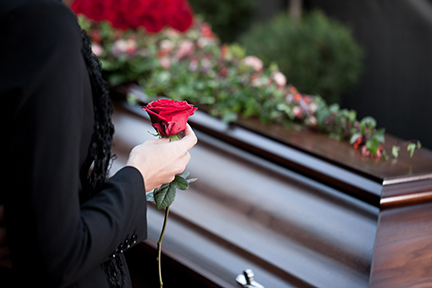 Imagine attending a funeral and taking your child to the bathroom. Inside the bathroom, you find a small camera placed under the air freshener. How would you react? Would your reaction change if you found out that the camera had a memory card in it to store video? And what if you found out that the funeral home knew it was there? A family in Kentucky now grapple with that situation.

Local law enforcement is investigating the incident, Spurlin Funeral Home admitted to not just knowing about the device. They also admitted to placing the device in the bathroom because they alleged that one of the employees was likely using drugs.

The biggest problem? The family learned that the parent and child using that bathroom were watched during that time.

Hidden Camera Use in Kentucky

Kentucky is a one-party consent state, but they also have a law against voyeurism.

Can Businesses Place Cameras Inside of Bathrooms?

According to the news article, the funeral home stated they placed the camera in the bathroom because they suspected that an employee was using drugs. It’s important to note that we aren’t lawyers. We are providing information that is readily available from Avvo and other websites devoted to discussions of legal issues such as when it is and isn’t legal to use a video camera in a workplace.

There is little right to privacy in a workplace especially for areas that all employees may access together, such as a break room or a conference room. An employer can use video cameras to keep an eye on what’s going on in their business. However, there are some exceptions. The most notable exception is that businesses may not place cameras in an area where even employees (let alone the visiting public) have a reasonable expectation of privacy. In essence, video cameras may not be placed inside of bathrooms.

Ultimately, it will be the final decision of law enforcement to determine whether the funeral home, or individuals who own or run it, will face any sort of charges or penalties for the presence of the camera.

The Risks Aren’t Just Found Inside of Businesses

The risk of a hidden camera inside of a bathroom isn’t just limited to businesses. It also isn’t just limited to bathrooms. Hidden cameras may be placed in any room of your home without your knowledge. It takes a skilled professional to help locate and successfully remove a hidden camera found in a home. If you find one on your own, it’s important that you get professional help to remove it because the devices can be extremely sensitive. Accidental damage to the device could mean that you never know who placed the device or why it was placed. Call Spy Catchers at 1-800-373-8726 to have one of our experts come to your location and help you.