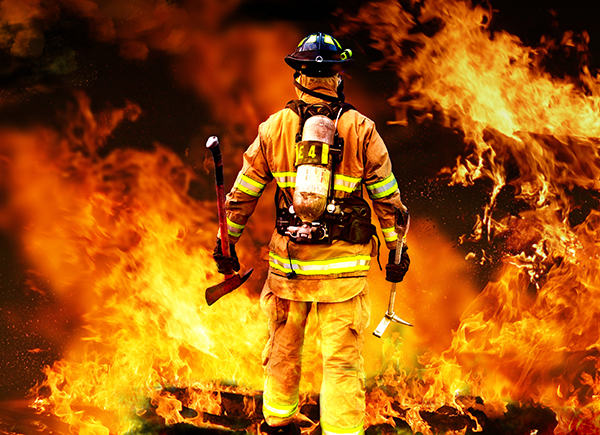 Former Dallas firefighter, Craig Lawrence, was recently arrested after a hidden camera was found in the DFR Station 11’s bathroom. The hidden camera, which also acted as a USB charging port, was found on January 21, 2019. It is believed that the hidden camera has been there since at least Thanksgiving of 2018.

Lawrence Has a Previous History of Offensive Behavior

According to the news story as reported by WFAA, the arrest warrant stated that Lawrence has a previous history of displaying offensive behavior on the job, including telling sexually explicit stories. It is also alleged that he shared sexually explicit images and also showed sex toys to his co-workers. Additionally, it is alleged that Lawrence would bring his laptop to the station while on duty and spend copious amounts of time on it while making sure the screen was hidden from coworkers.

While the WFAA story doesn’t clarify why Lawrence’s wife was present in Station 11, Lawrence’s wife found the device in the bathroom. Believing it was nothing more than a USB charger, she took the device upstairs to use it as a charger for her phone. She realized the device was a camera at that time. A report was not made at that time. Although the story references it was because a “new firefighter ‘didn’t want to draw attention…’” the story refers to the new firefighter as a male. As of the date Spy Catchers created this summary, we are unsure if that is a typo and Lawrence’s wife is a firefighter or if there is a second person involved.

The WFAA story goes on to say that the Captain Puente found the camera some time later and that Lawrence “exhibited nervous behavior” while apologizing to several individuals. Captain Puente stated in an affidavit that Lawrence said, “I’m about to lose everything. I’m going to jail. I’m going to lose my job and my kids, [my wife] is going to divorce me.” Lawrence resigned from his post on January 24, 2019.

When the police searched Lawrence’s home, they found “sexual related props” and a “hand-drawn caricature of a Dallas firefighter sitting on the toilet with his pants down.” Upon reviewing Lawrence’s computer, authorities allegedly found the web history listed several voyeur-style pornography sites including sites that “appeared to be footage from hidden cameras in bathrooms of women…”

Lawrence Charged with Class A Misdemeanor

Lawrence was charged with attempted invasive visual recording which is a Class A misdemeanor. When the police collected the device, the storage card was damaged to the point that they could not collect any data off of it. Lawrence alleged he took the device to work because he wanted to know who was going through his bag at work and that he only left the device in the bathroom by accident.

The Moral of the Story? It’s Up to You to Protect Yourself

When we think of firefighters, we don’t think of people who will use hidden cameras or behave inappropriately at work. We think of heroes who, at any time, will drop what they’re doing to come and save a life. While we hope that this is certainly an anomaly, the fact is that there is just no way to know what some people are capable of doing. Not everyone will have a history of inappropriate behavior at work that may alert coworkers and supervisors that there may be such an issue happening. You and your employees deserve peace of mind that private spaces such as bathrooms are indeed private. Hidden devices aren’t always this easy to find and removing them requires experience to preserve the data that may be stored on the device. Businesses are encouraged to call Spy Catchers LLC at 1-800-373-8726 to schedule a professional sweep of the entire premises.