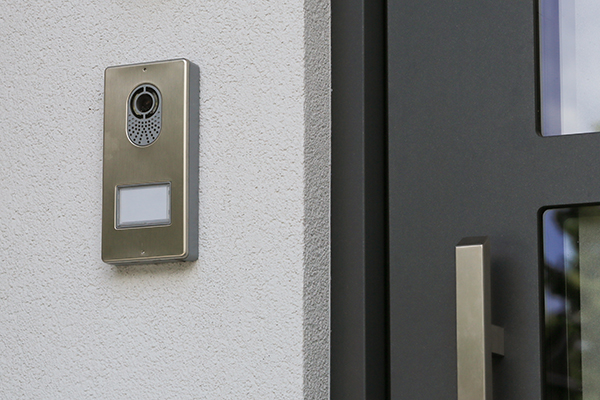 You can hardly walk down the street anymore without being caught on at least two or three video doorbells within a couple of blocks. While they have given people a sense of security when they are not home by ensuring that their packages are not stolen by a porch pirate, created peace of mind to know that their children made it home safe and sound, and to know who may be at the door even if they aren’t home, video doorbells aren’t always as innocent as they seem. Much like other forms of technology, they’re created with great intentions of safety, they can also be manipulated into a tool used to victimize others. Unfortunately, it’s been reported that video doorbells are often used with apps like Neighbors and Nextdoor to share and exploit others doing something as simple as their yard work.

But Video Monitoring Doesn’t Just Happen from the Front Doorway

Video doorbells are not the only things in neighborhoods that are recording the streets and the neighbors. We all know that one neighbor somewhere who has the security cameras perched up on almost every corner of their home. While their intentions may be honest, it does not always go over as well with the rest of the neighbors as to what and why they are recording everything around their home; especially if those cameras are aimed straight into the windows of a neighbor’s home or over a privacy fence. Is it really about safety or is it about something more?

Is It Really Legal to Record Your Neighbors?

In many states, it is illegal to purposefully position a video camera facing into a neighbor’s window, over a privacy fence, or record any part that may be considered private space. It could be a misdemeanor or a felony charge, depending on the location and the state’s laws. It may be charged as stalking, voyeurism, or even as an invasion of privacy. Many states also have separate laws related to recording audio. So, for video camera systems, including video doorbells, recording audio could also be another crime, depending on the laws of the state.

Even in states where it may not be illegal to record your neighbor as long as they’re in view from a public space, that doesn’t make it the right thing to do. And you may not even find out unless you see yourself on one of the many apps for people to post their video doorbell videos like Nextdoor, Neighbors, or even Facebook. There is even a Twitter account named @bestofnextdoor where certain types of posts, both funny and disturbing, are distributed to its followers and for anyone who locates the account’s Twitter feed.

It’s important for everyone to know and understand their rights related to the use, recording, and distribution of such videos. One of the best ways to find out your rights in your state is to speak with a licensed attorney.

Our Concerns No Longer Focus Strictly on Hidden Cameras

At one point, we all used to be concerned with hidden cameras, such as nanny cams being placed into our homes without our knowledge. Now with the advancements in technology and society’s desire to increase their security even at the cost of the personal privacy of others, we find ourselves in a world where cameras are visible and the footage is often shared without the knowledge of those on the video. It’s less about security and more about using what others are doing as a means of attention for the person whose camera took the video.

Video doorbell devices aren’t always this easy to find and they may not even create a problem if they are used properly. For those that are using their doorbell video in unintended ways, it could create a very serious problem for yourself and the rest of the neighbors. So be safe and help keep your neighborhood safe by keeping a watchful eye. If you do come across evidence that you are being spied on by someone’s video doorbell, talk with a lawyer to determine if there is anything that you can do, particularly if there is video of you shared online without your consent.