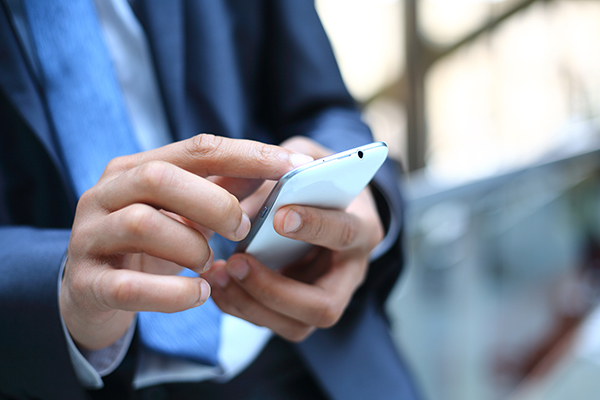 A cellular bugging device is a form of spyware that is used so that someone can listen to your conversations, track your phone, and even see what is on your phone. Bugging devices can be placed on a cell phone for a variety of reasons. The victim is in an abusive relationship, being stalked, their spouse or significant other doesn’t trust them, or they could be involved in a lawsuit. That, of course, is not a conclusive list of reasons, but they are the most common.

If someone is spying on you through your cell phone, it could make it close to impossible for you to leave a bad relationship. It could lead to you being blackmailed. It could lead to you being in an extremely dangerous situation. Someone may have access to your phone calls, voice mails, text message, social media accounts (including SnapChat), photos, which Wi-Fi networks you’ve used, and your Internet browser history. They may also be able to use the app to retrieve your social media passwords. And some of these devices can also be used on computers.

While there are some popular cellular bugging devices out there that we could list, we certainly don’t want to give anyone any ideas. What you need to know is that they can be installed directly to your phone by another person who gets access to your phone and some can be deployed without someone ever needing to touch your phone.

If you believe that someone may have a reason to try and bug your cellphone, make sure that you do some research on the app store to find the spyware apps that are the most popular. Knowing and understanding the basics of how they work can help you protect your privacy.

Common Signs That a Cellular Bugging Device Is on Your Phone

This list isn’t meant to be conclusive. It’s just meant to give you an idea of some of the things that you can watch for that may indicate that your phone is bugged.

Your phone begins to act weird.

Is your phone lighting up when it shouldn’t? Does it turn itself on and off? Are there random noises such as beeps? If any of these things happen to your phone on a regular basis, it could be bugged.

Your battery seems to run down much faster than usual.

Of course, like all batteries, cell phone batteries get old and they don’t hold a charge as well as they used to do. So, it’s important that you know that what you’re looking for is a sudden, dramatic change in how long your battery lasts. Many inexpensive cellular bugging device apps drain the battery. Newer ones don’t necessarily run down the battery. Make sure that you look for other signs and know about some of the most common apps on the market that could affect your phone and your privacy.

We’ve all experienced a bad cell phone connection. It’s something we accept as cell phone owners. However, if you begin to hear clicking, beeping, and static more often and in areas where you usually have good (or great) reception, that could mean that your phone is bugged.

You get unexpected, weird text messages.

This isn’t always a conclusive sign since there are an abundance of spammers now trying to text people for various things. There are a number of retail establishments, including grocery stores and fast food places, now offering specials via text. If you start seeing texts with random numbers, letters, or characters and you don’t recognize where it is coming from, your phone could be bugged. That’s often a sign that the app was activated and someone is listening to you or going through your phone at that moment.

If you have a data cap, then you probably get a notice when you get close to the point when your provider will slow down your speed (or start charging you). If you haven’t made substantial changes in how you use your cell phone and you notice that you’re reaching your data cap faster than usual, that could mean there’s a cellular bugging device installed on your phone.

Your phone takes longer than usual to shut down.

We’ve all experienced the frustration of a cell phone slowing down or not working as it should. If you decide to shut down your phone so that you can reset it and it takes longer than usual to turn off, there could be spyware on your phone.

There’s electronic interference with other devices.

Sometimes, cellular bugging devices will cause electronic interference with computers, televisions, and radios. You can always make a phone call and talk about something casual. Walk near your computer or television while it is on and look to see if there is some kind of distortion.