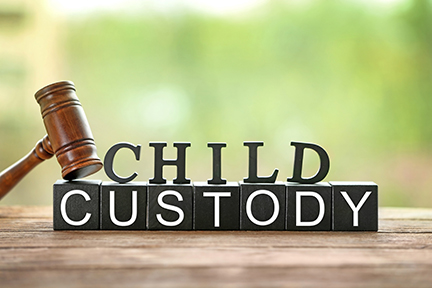 When we all think about the family unit, we all at least know about the idealized image: two parents and at least one child. Maybe there are family dinners. Maybe there are bedtime stories. Yet, we’ve also all heard information about the rate of divorce. Divorce can make people do things that is out of their character. For divorce without children or without shared children, the best case scenario is to untangle the assets and debts so the parties can move on with their lives. For divorce with shared children or any minor children, the best case scenario is that the parents put the actual best interests of the child(ren) first. That is the same best case scenario for child custody disputes for parents who aren’t married.

Technology Has Changed the Game

Yet, it’s very rare that people involved in family law issues avoid becoming emotional. The use of hidden cameras, recording devices, and GPS use during divorce and child custody disputes have changed the game. The devices are cheap. When the couple still lives together or has easy access to each other’s home or car, most of the devices are easy to plant.

However, cell phones, laptops, and other technological devices can also be used for spying by the use of apps. And, yes, those apps do exist. And, no, someone doesn’t necessarily need to have physical access to the device to use those apps. They can be deployed from a separate location.

Recently, Fox News published a Kim Komando article about using technology to find out if your spouse is cheating on you. And hidden cameras are right at the top of her list. Most states have laws that determine what is and isn’t legal when it comes to using these devices to record another person. For some states, this includes whether someone is allowed to place a hidden camera in their own home. There may be limitations, including whether a hidden camera may record audio and where the devices may actually be placed. In some states, use of a GPS may be legal without any sort of stipulations. In other states, a GPS may only be placed on a vehicle by a person who owns it.

One- and Two-Party Consent States

With that being said, there are still exceptions to those laws in some states. For example, if someone is in a public place such as walking on a public street or eating in a public restaurant then it is likely legal to record them. If it is legal to place hidden cameras in your own home, you may still be prohibited from placing them in a location where someone has a reasonable expectation of privacy or where they may be nude, such as bedrooms and bathrooms. The other main exception most states take is what the person plans to do with the information. If it’s being used to extort, stalk, blackmail, or abuse the person recorded, it could be both a state and federal crime.

Before You Use a Hidden Camera, Audio Device, or GPS, Talk to a Lawyer in Your State

If you’re in a legal battle with a former spouse or the parent of your child(ren) and you believe they may be a danger to you or to your child(ren), talk to a family law attorney in your state before you use any of these devices. If someone truly is violent or a danger, finding a hidden device could cause them to lose control. If you’re caught using such a device, it could be a crime in your state. Always talk first with a lawyer to decide whether this sort of action will help or hurt your position.

What If You Think Your Spouse Is Spying on You?

If you think your spouse or the other parent of your child(ren) may be using a hidden camera, audio device, GPS device, or that they’re using your devices to keep tabs on you, call Spy Catchers LLC at 1-800-373-8726 for a free quote. We want to help you get your peace of mind back. If you find a device, don’t remove it on your own. Some of the devices may be extremely sensitive and easily damaged. You’ll need the device (and its data) intact to provide it to your lawyer or to the police. Let us help you.