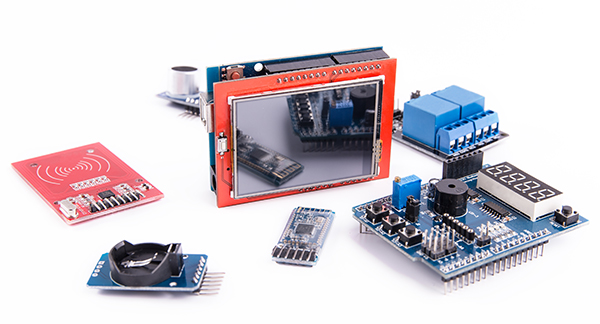 October is National Cybersecurity Month, a collaborative effort between the cybersecurity industry and the government to raise awareness about the importance of cybersecurity for all Americans. There overall message for 2019 is “Own IT. Secure IT. Protect IT.” The primary focus is something near and dear to our heart: citizen privacy, consumer devices, and e-commerce security.

Just like certain thriller movies and news stories have shown us all, a tiny camera that is the size of a microchip has the capability to spy on you. Watching or reading the news (or this blog) means that you already know these devices exist. The concept of a spy chip was awarded by the Defcon Hacker Conference for being the “most overhyped bug” and “most epic fail” Pwnie Awards. Although the NSA dismissed the existence of these microchips, the FBI stated they do exist and that they’re just not allowed to use them. The estimated cost of being able to set up this hardware with the right access could be as little as $200. Meaning it is inexpensive enough that practically anyone could acquire these tiny spy chips.

The “Hacker-In-Chief” of FoxGuard Solutions, Monta Elkins, says that not only is this spy chip a very real possibility, but he even provides a proof of concept. He proved that the microchip is plausible using only $150 worth of soldering equipment, a $40 microscope, and some tiny $2 microchips that he purchased online. He also altered a Cisco firewall in a way that most IT admins likely wouldn’t notice. After he finished with the microchip, it disguises itself as a security administrator with access to the configurations of the firewall by directly a computer to the used port. From there, the firewall’s password recovery function is initiated which allows unauthorized access. Elkins stated this offers hackers remote access to systems and all of its connections. He also stated that, “Basically anyone who’s an electronic hobbyist can do a version of this at home.”

Trammell Hudson Also Proved the Existence of This Microchip

Trammell Hudson, an independent security researcher, also built a proof of concept Supermicro board that used the techniques of Chinese hackers. Hudson’s Supermicro motherboard granted access to the baseboard management controller. That is the component allowing for remote administration. When accessed, it provides hackers significant control of the server. Hudson’s prototype was comprised of a programmable chip that is sometimes used for creating custom designed chips that can act to intercept potential malicious threats. Hudson stated he did not attempt to hide the chip, instead connecting it to the board with obvious wiring. Much like Elkins, Hudson believes that anyone who wanted to absorb the expense of creating the chip could certainly make it happen.

Tiny Microchips Aren’t the Only Scary Story in October

As terrifying as this story may be, we all know that tiny hidden cameras, keyloggers, audio bugs, and GPS devices are often used to spy on private citizens just like you. And you may not even know it’s happening to you.  If you believe that someone may be spying on you through your home or business computers, call Spy Catchers at 1-800-373-8726 to learn how we can help you regain your peace of mind and privacy.