When Is It Illegal to Record Phone Conversations?

When Is It Illegal to Record Phone Conversations? 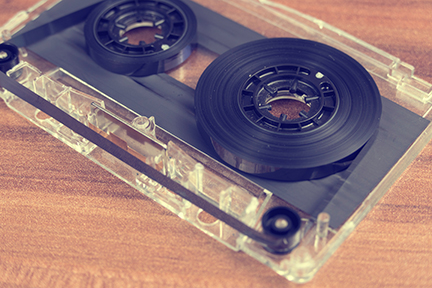 Phone conversations and whether they may be recorded is a topic that is addressed in both federal and state law. Of course, when a matter may be criminal in nature and law enforcement gets involved, a warrant must be acquired. Yet, recording phone calls (and listening to phone calls without the knowledge of the parties involved) happen more often than you’d think. Nosy landlords, suspicious spouses, dishonest business competitors, and stalkers that you may or may not know could very well be recording or listening to your conversation. The real question is when is this practice illegal?

Look at the Laws in Your State

If you find out that someone is recording or listening into your phone calls, the first thing you must do is find the law in your state. Justia has an easy to understand list that you can access by clicking here. One thing to keep in mind is that the list covers both recording phone calls and conversations. Those conversations could take place in person, over the phone, and possibly even through web conferencing depending on how the laws are interpreted in your state.

What Is the Potential Consequence of Illegally Recording a Conversation?

How to Tell If Your Cell Phone Is Being Monitored

Many people think that only landlines can be monitored. That’s just not true. Cell phones and VOIP lines can also be monitored. Since cell phone use is growing in popularity, and because many people rely on their cell phone as their only phone, we’ve put together this list of signs to help you know whether your cell phone is being monitored. If you notice any of these signs, call Spy Catchers LLC right away. We want to help you regain your privacy.

You notice that your smartphone’s battery seems to drain faster than usual. We all have a general idea of how long our phones will stay charged. For both Android and iPhones, one of the most common signs that your phone is being monitored is your battery draining faster than what you’re used to seeing. Of course, if you’re the type of person who downloads and tries out random apps and watches a lot of videos, you should keep in mind that this could also drain your battery. So, it’s really important that you have a general idea of battery life for your phone given how you use it. Cell phone conversations (and locations) are monitored through apps that run in the background of your phone. They can cause overheating and drain your battery.

There’s an increase in your data use. Again, this is something that you’ll have to consider while also thinking about how you use your phone. A lot of apps continue to use data even if you’re not actively using them. Keep an eye on your data use and compare it to previous months. Take steps to minimize your data use by capitalizing on free wi-fi and turning off auto-play for videos and music. Also, we’re not implying that free wi-fi when you’re out and about doesn’t come with risks. You should use your best judgment. We’re encouraging you to be conscious of how much data you use so that you can determine if your phone may be monitored. Malicious apps that monitor your cell phone will continue to use a large amount of data because it has to send out the information it collects. It’s not going to wait around for you to be on a secured wi-fi connection to do it, either.

You’re getting weird text messages. By weird, we don’t necessarily mean anything that could be considered threatening. It could look like spam. It could look like something is just wrong with your phone. If you get a text message with what looks like random numbers, characters, or symbols (or a combination of those items), someone could be monitoring your conversations.

You notice interference, static, voices, or background noise. We all know where we have good cell service and where we don’t. When you’re in an area where you generally have good service and you notice interference static, voices, or background noises, there could be someone listening into your conversation. You may even be able to hear these things after the call is disconnected. You can also check for interference by talking on your phone and standing by a television or radio that’s turned on. Turn the radio to a frequency that doesn’t have an active radio station or put the television on a channel where there’s no signal. You may hear squealing across the bandwidth. That sound is a sign that there may be a device that is listening to your conversations.

If you believe that someone may be spying on you through your cell phone, landline, or VOIP line, call Spy Catchers LLC to schedule a professional bug sweep and removal.