Why You Get That Gut Instinct You’re Being Watched

Why You Get That Gut Instinct You’re Being Watched 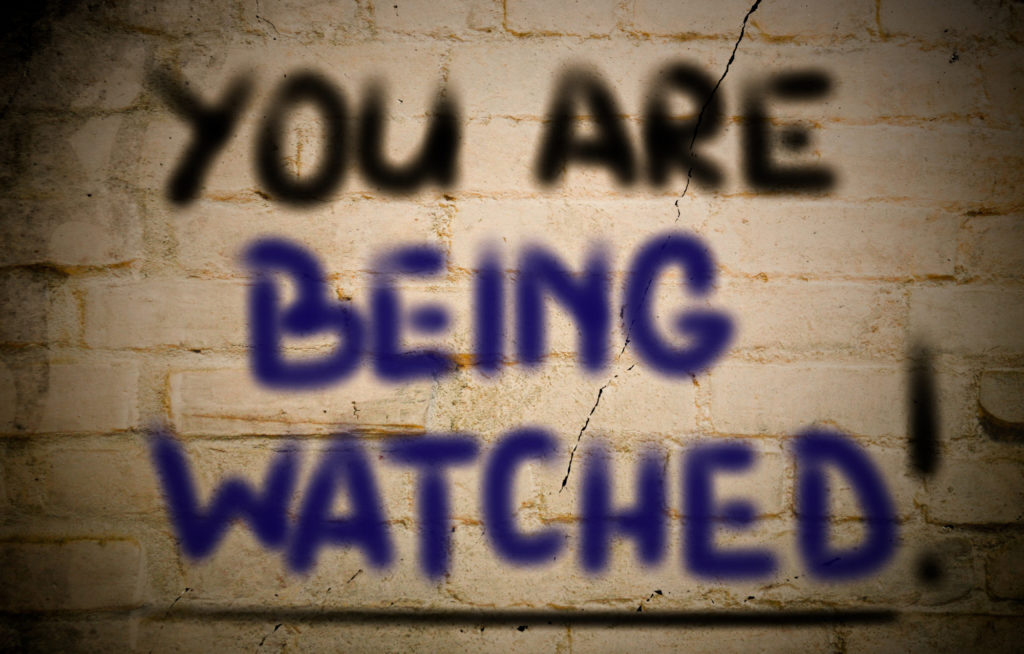 Do you ever get that feeling you’re being watched?

Turns out it’s not because you have some kind of supernatural sixth sense. Our brain just has this mysterious ability to “sense” what’s going on around us without actually seeing it.

Okay, so that kind of sounds like a supernatural sixth sense, but it’s not.

Everyone gets this feeling, and there’s actually a psychological reason for it.

To understand this better, let’s start by taking a look at the term blindsight.

Blindsight refers to people who are unable to see because of damage to the visual cortex, the part of the brain responsible for conscious vision.

Because of this, people with blindsight can still respond to visible stimuli.

For example, patients with blindsight are usually able to identify where bright lights are around them if they’re asked.

But that sounds pretty easy, right? No, no. It get’s even weirder than that.

TD (to preserve anonymity, the patient is only referred to by his initials), suffered from a stroke that made him cortically blind because of a damaged visual cortex.

And one study with TD showed people may be able to feel they are being watched even if they can’t actually see it.

TD was shown pictures of people, some looking directly at him and others looking away. While he “looked” at the pictures, TD was wearing a fMRI scanner that measured his brain activity.

TD’s amygdala, part of the brain responsible for processing emotions and processing facial information, was more active when the people in the pictures looked directly at TD.

What Does This Mean?

Well, it shows us that our brains can detect when people are looking at us even if we haven’t noticed them.

But there are some limitations to this.

Our brain can only detect these people if they are somewhere within our field of view. This means these people could be in our peripheral vision or “the corner of our eyes,” and we pick up on these stares subconsciously.

Pretend you’re walking down the street while looking at your phone and suddenly get the sense someone’s watching you. That’s your brain (or more like your nonconscious visual system) monitoring the things around you even though you’re focusing on something else.

What About the Feelings of Being Watched from Behind?

We can’t actually tell if we are being watched from behind. Sometimes it feels like we can, but we only have two eyes, and they can’t see what they don’t see.

So why do we get that feeling? Science has a few explanations.

Have you ever felt like someone was watching you, turned around, and come eye to eye with a person?

As it turns out, that person may not have really been staring at you.

The person more likely noticed your movement and looked up at you right as you were turning. This makes it seem like they were watching you, but in reality, you both just happened to glance at each other at the same time.

Another reason you can feel like you’re being watched from behind is if something alerts you to a person’s presence.

For example, maybe you hear a slight noise that lets you know someone’s behind you. In other cases, it could be a slight reflection of someone. You may not consciously register this information, but it can give you that unsettling feeling that someone’s watching you.

Okay, But Why Do I Get that Feeling When I’m Completely Alone?

This is where it gets a little bit more interesting.

Have you ever been alone in the house and still felt like someone was watching you? Even when there is no one else around, we can still sometimes get that weird, eerie feelings.

But there’s a reason for this feeling too. The reason you’re feeling that another presence is because there’s actually one there.

The weird thing is that presence is actually yours.

According to one of ScienceDirect’s studies, this feeling is an “illusory own-body perception with well-defined characteristics that is associated with sensorimotor loss and caused by lesions in three distinct brain regions: temporoparietal, insular, and especially frontoparietal cortex.”

In plain English, whenever you get the feeling you’re being watched when you’re alone, your brain as made a psychological misperception and is mirroring your own body.

In even plainer English, your brain gets a little confused and can’t differentiate between your own body and other bodies.

So the thing we think is watching us is actually ourselves.

What Should You Do If You Really Are “Being Watched?”

Always, always, always trust your instincts. If you think someone’s really watching you, more than just someone happened to look up at me, you should trust that feeling.

Don’t just ignore that feeling, because if you really are being watched or stalked, that isn’t going to just go away if you decide to ignore it.

There are several things you can do to get rid of a stalker, but the first step is figuring out if you really have one. After that, you should gather evidence and report the stalker.

What If I’m Being Watched for Another Reason?

Then you should definitely check your home, car, or workplace for bugs. No, this doesn’t mean flies, ants, or bees.

We can help you find any hidden cameras in your house or discover bugs in your phones. The best thing you can do if you feel like someone’s watching you is act on that feeling. Ignoring it will only make the problem worse.

Think there might be someone watching or listening to you in your home? Take a look at some of our services and how we can help.