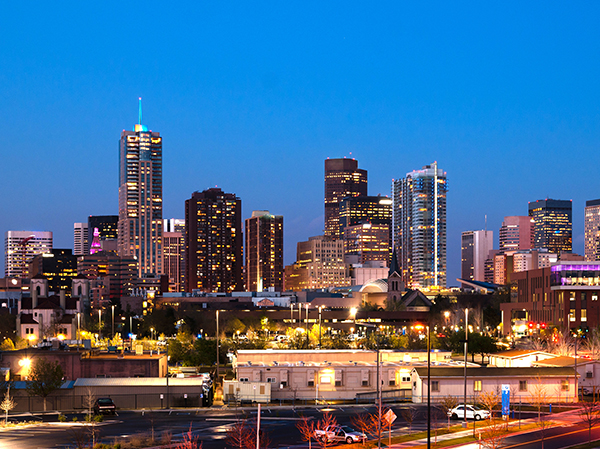 Hidden Cameras, Audio Bugs, and GPS Devices in Colorado Could Be Invading Your Privacy

Hidden cameras, audio bugs, and GPS devices are no longer just the things we see in movies or read about in books. The continuing technological evolution has made these devices smaller, cheaper, and better than ever. It doesn’t take any sort of professional license to buy them. Many don’t require a lot of technical expertise to set-up and monitor. All you have to do to test the truth of that statement is read the news. Hardly a week goes by without a news story somewhere in this nation that involves a hidden camera or other hidden device used to spy on someone.

And a hidden camera, audio bug, or GPS device could be used against you without your knowledge. Your privacy could be invaded. Is the use of hidden cameras, audio bugs, and GPS devices legal in Colorado? Do you know what to do if you think you’re being victimized?

Hidden Camera Use in Colorado: What the Law Says

Colorado laws provides that individuals have a reasonable expectation of privacy. In certain circumstances it may be perfectly legal for someone to place hidden cameras in their own home, provided that they are not placed in areas where individuals expect that they could or may be without clothing in a private place. For example, someone may be able to install hidden cameras in their own living room, dining room, kitchen, den, garage, or other location where people may gather. However, it may be illegal (and may even be considered a criminal act) to place a hidden camera in a bedroom or bathroom. It also generally is not legal for a homeowner to place hidden cameras in a home that they own and rent out to another person.

It is illegal to hide cameras in a Colorado home or business (or vehicle) by someone who does not own that asset. However, it is legal for someone to use a hidden camera to record another person who is in a public place, such as a park or walking down the sidewalk.

It’s important for you to understand that hidden cameras can be very small. In fact, they can be so small that they can be hidden inside of a small hole or even under a piece of furniture. Someone could even use your smartphone’s front or rear facing camera, your computer’s plug-in or built-in web cam, or web conferencing equipment to watch you without you knowing it.

Additionally, the penalties that someone may incur as a result of using a hidden camera may also depend on another factor: whether the hidden camera also recorded or transmitted audio.

Audio Bugs and Recording or Transmitting Conversations in Colorado: What the Law Saws

Colorado is known as a one-party consent state. If two or more people are involved in a conversation, only one of them must give consent for the conversation to be recorded or monitored in some way. In Colorado, recording, transmitting, or monitoring a conversation without proper consent is a crime. The state doesn’t just limit wiretapping to the traditional definition involving some sort of phone. It states that wiretapping occurs if someone “knowingly overhears, reads, takes, copies, or records a telephone, telegraph, or electronic communication without the consent of either a sender or a receiver thereof or attempts to do so…”

In addition to using an audio bug of some kind, this includes using apps to read someone’s text messages, emails, social media use, keyloggers, and even certain hidden cameras. If a hidden camera also transmits audio, the issue of whether proper consent was given even if the camera was placed in a spot that may otherwise not cause an issue under the law.

Having a smartphone doesn’t mean you’re safe, either. There are apps that someone could deploy to your phone without ever touching it. Laptops, desktop computers, and tablets aren’t immune to audio bugs, either. Neither is web conferencing equipment. It’s very important that both Colorado businesses and residents understand that the technology exists and is easily purchased. Unfortunately, the law isn’t necessarily enough to deter individuals from invading the privacy of another person.

GPS Devices for Surveillance in Colorado: What the Law Says

GPS devices are commonly accepted in our lives. Some are built into our vehicles for emergency service access. We use GPS programs from our cell phones when we’re taking a trip. And they are used more than ever in Colorado to follow the movements of another person. We’re not talking about law enforcement agents who get a warrant or a GPS device used by order of the court, either. We’re talking about invasion of privacy and the possibility of creating a dangerous situation for the victim.

While it is legal for a Colorado business owner to place a GPS device on a commercial vehicle that an employee drives, it is not legal for someone to use a GPS device just to track another person. In fact, the state considers it stalking. It’s not necessarily legal just because someone owns the car, either.

GPS devices may be easily hidden on a vehicle. Someone could also wire a smartphone to the battery of the car and hide the phone out of site, too.

What Should You Do If You Find a Hidden Camera, Audio Bug, or GPS Device?

If you find a hidden camera, audio bug, or GPS device, it can be tempting to remove it on your own. We totally understand the desire to do that. However, it’s important that you call Spy Catchers LLC at 1-800-373-8726. Our experienced professionals can remove the device for you while helping ensure its integrity. These devices can be extremely sensitive. For you to take them to law enforcement or even to your own lawyer, the device and the data that may be on it should be intact.

What If You Don’t Find a Device but Think You’re Being Victimized?

Hidden cameras, audio bugs, and GPS devices can be extremely small and hidden in any number of places. If you think that there’s a device and you can’t find it:

Let Spy Catchers Help You Regain Your Peace of Mind

At Spy Catchers, we’re here to help Colorado residents and business owners get back their peace of mind. If you think that someone may be spying on you for any reason, call us.