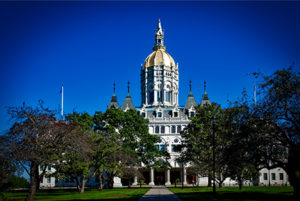 Do you need a Connecticut Bug Sweep Company? Despite the fact that hidden audio bugs, GPS devices, and hidden cameras are often illegal to use in Connecticut, unscrupulous and sometimes dangerous individuals still plant them in residences and businesses. Electronic stalking is a crime in Connecticut. And you could be a victim and not even know it. If you live in Connecticut and believe that someone is spying on you, call Spy Catchers LLC at 1 (800) 373-8726 to schedule a professional bug sweep. We want to help you protect your privacy!

Connecticut Law Tries to Protect Victims from Invasion of Privacy

Connecticut law has some of the toughest laws in the nation. These laws are in place to help people just like you protect their privacy. Connecticut’s Recording and Eavesdropping Statutes (C.G.S. § 53a-189a) requires that at least one party involved in a telephone conversation give their explicit permission for the phone call to be recorded. Consent must be given either verbally or in writing. Audio bugs record conversations and transmit them to a separate location. If you didn’t give permission for your conversations to be monitored and recorded, you could be a victim of a crime.

Voyeurism is also prevented by Connecticut laws (C.G.S. § 53a-189a and 53a-189b). It is defined by law as audio or video recording of another person without the recorded person’s consent when that individual would have a reasonable expectation of privacy. Even people who believe that their spouse may be unfaithful could face a felony charge if they hide a camera or audio device to catch them. If voyeuristic video or audio is shared, regardless of how the video or audio originated, it can still be charged as a felony.

For hidden cameras commonly referred to as “nanny” cams, they can be legal if they record only video and no audio. For hidden cameras that also record audio, consent is required. The nanny cam may not be hidden for the malicious or sexual reasons. They also cannot legally be placed in a room where someone would have a reasonable expectation of privacy, such as a bathroom or a bedroom.

You might believe that you’re the most regular person in the world. Why would anyone want to know what you’re saying, what you’re doing, or where you’re going? Although you’re just trying to get on with your day to day life, you could still be a victim of electronic stalking, eavesdropping, or voyeurism. It doesn’t matter if you’re a business owner or a resident.

Because of our experience handling these matters, we’ve developed a list of the most common reasons these devices are used in Connecticut:

There are some basic steps that Connecticut residents and business owners should take if they believe that they’re a victim of electronic stalking, eavesdropping, or voyeurism. Follow these steps:

What You Need to Know about GPS Devices on Connecticut Vehicles

Cars now display some serious technological advancements. In fact, many come factory-equipped with a GPS device. How can you tell the difference between a GPS device that was factory-installed and one that’s being used to against you?

Most factory-installed GPS devices are attached using permanent means. The most common method being metal brackets with screws or bolts. If your car has OnStar® or another navigational unit that was professionally installed, you’ll notice that it is installed in a way that prevents it from being pulled off without tools. The car building process allots enough time for these devices to be properly mounted.

GPS devices installed to spy on you are usually attached with a strong magnet. While they are technically hidden because the perpetrator doesn’t want the devices to be spotted, they don’t usually have the same amount of time that a professionally installed device would have. They are usually placed under the hood (in older cars that don’t require a button push inside of the vehicle to release the hood), under the front bumper, or under the back bumper. Remember, they’re generally attached with just a strong magnet. This makes it easier and faster for the perpetrator to remove the device.