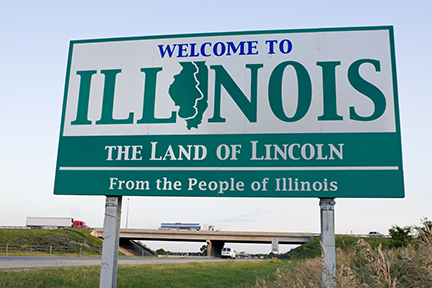 If you live in Illinois, someone could be spying on you. You might think that’s the stupidest statement online, but it’s true. Business owners and private citizens alike could be victimized by hidden audio debugs (also known as listening devices), hidden cameras, or being followed through use of a GPS device. Here are X things you should know.

Both Illinois residents and business owners are at risk of having their privacy invaded. Let’s look at the most common reasons why this happens. For business owners:

For private citizens, the risks of this intrusion include:

If you think that someone may be spying on you for any reason at all, contact Spy Catchers LLC now at 1-800-373-8726. Our highly trained professionals can sweep your home, business, or vehicle and locate hidden audio bugs, cameras, or GPS devices being used against you.

The Illinois law related to whether a conversation can be recorded is complicated at best. If you have any questions, talk with a lawyer who is admitted to practice law in Illinois. One factor involved in determining whether using an audio bug to record a conversation is legal or not is whether the recording was done in an open manner. This means that the person has made it obvious that they’re recording you in a public plate. With that being said, open recording still cannot take place in an area where people expect privacy, such as a bathroom, inside of their residence, or if the audio device is hidden underneath clothing.

The exception to secret recording is if there is a reasonable expectation that the person being recorded is going to commit a crime against the person recording the conversation or someone in that person’s family. Note that there is not necessarily an exception for someone to use a hidden audio bug within a person’s own home.

Hidden Camera Use in Illinois

Illinois is still a two-party consent state. It also has strict laws related to hidden camera use, including whether someone could use one in their own home. Again, it goes back to whether someone would have a reasonable expectation of privacy. They may not be used for any purpose that could be considered voyeuristic. If the hidden camera also records audio, that creates another legal issue because the laws related to eavesdropping and recording conversations would then also come into play.

In Illinois, it is illegal to use a GPS device to spy on another person. This law references devices that are placed without the knowledge of the vehicle owner or main driver. This is not referencing permanent or factory installed GPS devices placed by the financier of the vehicle or a service such as OnStar.

There Are Signs That a Hidden Device May Be Present

If you’re worried that someone may be using a hidden camera, audio device, or GPS tracker against you, call Spy Catchers LLC at 1-800-373-8726. While we’ve created a list of signs that can alert you to the presence of a device, you may not always have a sign. The most common signs of a hidden device are:

Don’t Tell Anyone about the Possibility of the Device

Always keep in mind that you don’t know who may have placed the device or why. There could even be more than one device. Even if you tell someone that you’re sure would never do that to you, another hidden device could be present (even on your cell phone) and alert the spy that you know. They could try to remove the device before it can be found. Since Illinois has strict laws on using these devices, it’s important that you find it so that you can explore your legal options.

Call Spy Catchers LLC at 1-800-373-8726 to schedule your professional bug sweep. We want to help restore your peace of mind and privacy!