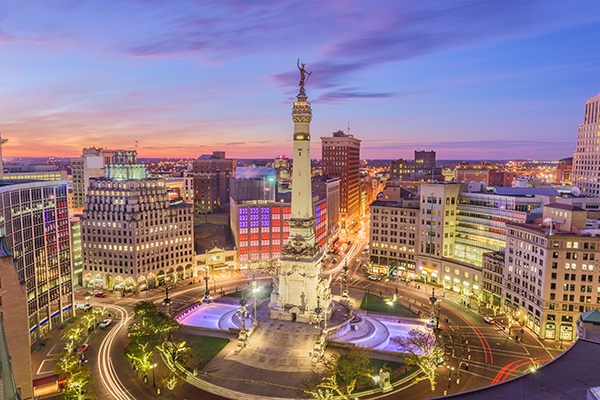 Hidden Cameras, Audio Bugs, and GPS Devices in Indiana: Could Someone Be Watching You? Is It Legal?

They know every word you say. They see every text message and Google search. They can see everything you write on social media. They can see you in your home or business. They always know where you’re going. And you may not even know who “they” are. This may sound like the latest thriller where a person is on the run from someone out to get them, but it’s not. Thanks to the expansion of technology and the desire some people have to exert and maintain control over others, this is real life. Someone could be watching you; they could hear every conversation you have and know everywhere you go. Is it legal? What should you do if you believe someone is going to such great lengths to know what you are doing?

Common Devices Used in Indiana to Spy on Others

The most common devices used in Indiana to spy on others include hidden cameras, audio bugs, and GPS devices. What does Indiana law say about the use of these devices?

Hidden cameras are a form of surveillance. This includes, but may not be limited to, small hidden cameras that are designed as hidden cameras, using a cell phone to video someone, web cams, and any device that has the ability to record video. To keep this conversation simple, we are just going to use the broad term “hidden camera.” Under Indiana Code, legally placing a hidden camera requires either a warrant or the consent of the property owner. Anyone who knows they are placing a hidden camera or other electronic surveillance equipment that records images or data of any kind that will be left unattended and they do it without the consent of the owner or tenant of the private residence is committing a crime.

It is important to note that Indiana law is very specific that for it to be a crime that the recording is done on private property of another person and without that person’s consent. So, walking in a public park, eating at a restaurant, or using other public areas may make it legal for someone to take photos or videos of you without your consent.

Audio bugs can be physical devices placed on a landline, VOIP line, or even a cell phone. It can also be an application that can be deployed to smartphones, web conferencing software, laptops, tablets, or any other device that has a microphone and a speaker that would enable you engage in a conversation using the device. Indiana is a one-party state. If two or more people are involved in a conversation, only one of them must give consent to monitor or record the conversation. They are not required to tell the other parties that the conversation is being monitored or recorded, either.

Someone who violates Indiana’s wiretapping law could be convicted of a felony, fined, and ordered to time in jail. They may also be sued in civil court, too.

GPS Device Use in Indiana

A GPS device is defined under Indiana law as any device that allows real-time monitoring or movement or a device that holds geographic data that can be accessed later. In addition to GPS devices that may be hidden on a vehicle, this law appears to also cover a cell phone that someone might hide in the vehicle and wire to the battery to act as a GPS device. The State of Indiana believes that absent a warrant, individuals have a reasonable expectation of privacy about their geographic location in real-time or from a historical perspective.

“No One Has a Reason to Watch Me!”

We would all like to think that hidden cameras, audio bugs, and GPS trackers are only used against Indiana politicians, the rich and famous, and the scandalous. However, that just is not the case. These devices are used against regular people just like you. The most common reasons they may be used are:

What Should You Do If You Believe You’re Being Watched?

It’s very scary and unsettling to think or know that someone may be using any or all of the previously discussed devices to spy on you. If you believe that you’re being watched: