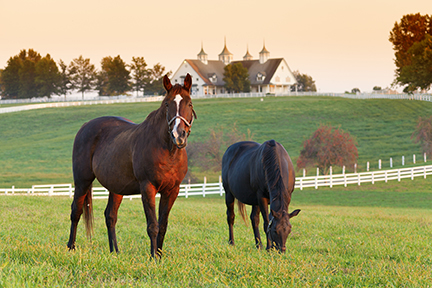 Hidden Camera Devices, Audio Bugs, and GPS Devices: What’s Legal in Kentucky? Could You Be at Risk?

Technology continues to expand and affect our lives. Smart phones, Alexa, Echo, Siri…the list can go on and on. Think about how we all have the ability to video chat using our phones or computers. Technology is great because it is designed to improve our lives and lets us all stay in touch. We have a new generation that includes many people who never once had to use a Rand McNally Road Atlas to get from point A to point B.

Yet, we all know that technology isn’t always reliable. Sometimes there are flaws that cause problems. Just ask the people who’ve had their private conversations recorded by Alexa and sent out without them knowing it until after it happened. Then, there are people who decide to misuse technology to spy on others. Hidden camera devices, audio bugs, and GPS devices are the most commonly misused items, and they are available for purchase by anyone. There are many of these items that are inexpensive and easy to hide. Are hidden cameras, audio bugs, and GPS devices used to watch others legal? Could you be at risk?

What Kentucky Law Says about Hidden Camera and Audio Bug Use

Kentucky is known as a one-party consent state. If two (or more, but we’re trying to keep it simple) individuals are having a conversation, only one of them must consent to having the conversation recorded or monitored. If no one gave permission or if you’re recorded by someone with whom you’re not having a conversation, they may be committing a felony under Kentucky law.

Kentucky law does not differentiate between the use of an audio bug or a hidden camera. In fact, the law uses the terms “any device.” Remember, though, if you’re involved in a conversation with someone and that other person has provided consent or is recording the conversation (which implies their consent), that’s all the law requires for the recording to be legal.

Kentucky laws do allow for home security systems. However, if another person set up cameras in your home to watch you and they aren’t on your lease and they don’t live with you, that might be illegal. Another potential problem arises if the hidden cameras also record audio. We must revisit the one-party consent guideline. The home security system may be legally installed, but if consent of at least one person actively involved in the conversation isn’t provided, that could mean that Kentucky’s eavesdropping law is being violated.

Additionally, it is not legal to place hidden cameras (even in the context of home security) in an area of the home where someone would have a reasonable expectation of privacy. This is generally bedrooms and bathrooms.

Whether someone can legally use a GPS device in Kentucky on your car without your permission is a question that a lawyer would need to help you answer. Kentucky did pass Amanda’s Law which is designed to require the tracking of individuals convicted of domestic violence. However, there are no laws in Kentucky that state it is illegal for someone to use a GPS device to track a vehicle, even if they don’t own it (aren’t on the title or lease).

As you can imagine, the use of a GPS device can create a scary situation that could put you in physical danger. Cell phones can also be used as GPS devices either by being hidden in the car with the location turned on or if someone has access to your location settings in your smartphone. If you think that someone may be using a GPS device to track you, call Spy Catchers at 1-800-33-8726 to schedule a bug sweep for your vehicle. We want to help you protect yourself.

We know what you’re thinking. “Why would anyone want to spy on me like that?” Unfortunately, it’s more common than you think. If you own a business, corporate espionage is a real concern. Competitors could be using your own employees to learn about your business secrets. They could have sent over someone in a uniform to “fix” something and hid cameras and audio bugs throughout your business. They could also be monitoring your VOIP, landline, cell phones, web and phone conferencing equipment, and even your computers. They could use apps that allow them to see everything happening through a webcam and hear you without you knowing.

If you don’t own a business, you’re still not safe. In Kentucky, the most common reasons these devices are used include:

If you think that someone may be using a hidden camera, audio device, or a GPS device to spy on you, we have some steps you should take.