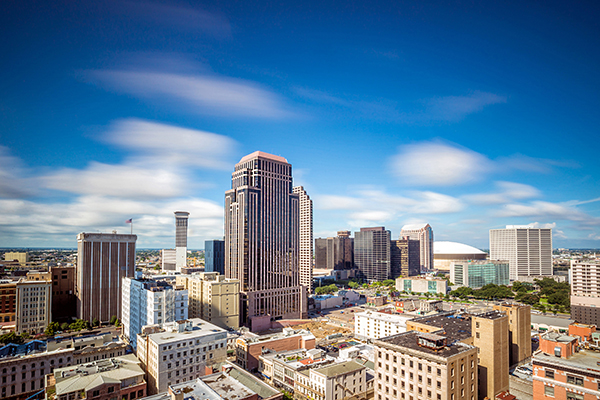 Hidden Cameras, Audio Bugs, and GPS Devices in Louisiana: Are You Being Watched? Is It Legal?

Hidden camera stories are all over the news. From Airbnb locations to Starbucks to fire stations, there’s really no place that we could consider truly safe from such a terrible invasion of privacy: people in their most vulnerable or intimate times are being watched and often recorded. Even if you don’t stay in Airbnbs or hotels or use the bathroom in a public place, that doesn’t mean you’re safe. Someone could be using hidden cameras, audio devices, or a GPS device (or a combination of these items) to know where you are, what you’re doing, and what you’re saying (or even texting). These devices could be hidden in your Louisiana home, business, or even your car or boat.

Is it legal for someone to do this? Why would someone want to invade your privacy? Here’s what you should know.

Hidden Camera Use in Louisiana

Hidden camera use in Louisiana depends on several factors. The first factor is where the hidden camera may be located. For example, if you’re in a local park or sitting out in front of your home and it is visible by those who pass by, it is likely legal for someone to video you or take photos of you without your knowledge or your consent. However, if a hidden camera is placed in an area where you would have a reasonable expectation of privacy (such as a camera pointed toward your windows to see inside, a bedroom, or a bathroom), it may very well be invasion of privacy.

Another factor that matters in Louisiana is whether the hidden camera also records or transmits audio. If it does, then at least one person in the recording must have given permission for the audio to be monitored, recorded, or otherwise transmitted.

With that being said, it doesn’t mean that it is necessarily okay that someone you know or someone you don’t know places a hidden camera inside of your home with the express desire to watch you. Even if it is legal because the party who hid the camera also lives in the home, that doesn’t mean that you should feel like you’re living under constant surveillance. If you believe that your home, business, vehicle, or boat may have a hidden camera planted in it, call Spy Catchers LLC at 1-800-373-8726 for a free quote.

Audio Device Use in Louisiana

Louisiana is known as a one-party consent state. What this means in terms of the use of an audio device used to monitor, record, or transmit audio is that out of those involved in the conversation, at least one must have provided their consent for one or more of those things to occur. Otherwise, it is a violation of Louisiana state law. If one person is talking to you, they have the right to record that conversation without your permission or your knowledge because they give their own consent for it to happen.

Audio devices aren’t just the wiretapping devices of old. Audio devices (and apps that act as such) exist for landlines, cell phones (even if someone never touches your cell phone), VOIP, and even web conferencing equipment. They can also transmit everything you type, every text, every Internet search, and everything you write on what you think is your private social media account.

GPS Device Use in Louisiana

If you followed the link to the law regarding audio device use in Louisiana, you may have noticed that the penalties for violating the law are civil in nature. In short, it’s not treated as a crime. However, Louisiana state law is very clear that no one is allowed to use a tracking device to find another person or follow them without their consent. If they are convicted of breaking this law, it is a criminal offense.

With that being said, there are some exceptions to this law. Someone who owns a motor vehicle (meaning, their name is on the title in some way) has the legal right to use a GPS tracker. The lessor or the lessee of a vehicle may also have previously consented to the use of a tracking device being placed on the vehicle. Parents or legal guardians of a minor child may use a GPS tracker to monitor their children in a vehicle. Of course, law enforcement may also use a GPS tracker if they have a proper court order. The Department of Public Safety and Corrections may also use one to keep tabs on an individual who is considered under their supervision. Commercial vehicles and vehicles with commercial mobile radio service may also have GPS devices without the knowledge of the operator.

GPS devices are inexpensive and easy to hide. An old cell phone can actually be wired to the battery of the vehicle and hidden. If you believe that someone may be using a GPS tracker to keep tabs on you, call Spy Catchers LLC at 1-800-373-8726. You deserve to feel safe when you travel.

People are always so surprised when they eventually find out that someone used a hidden camera, audio device, or a GPS device to watch them. No one ever really expects it. It seems like something that only happens to the rich and famous. Yet, that’s not the truth. These devices are most commonly used against regular, every day folk just like you and even against small business owners. You may be a target if:

You don’t have to be rich and famous for someone to spy on you. If you think someone may have a reason to spy on you or if you think something just isn’t quite right, call Spy Catchers at 1-800-373-8726. We want to help you regain your peace of mind.