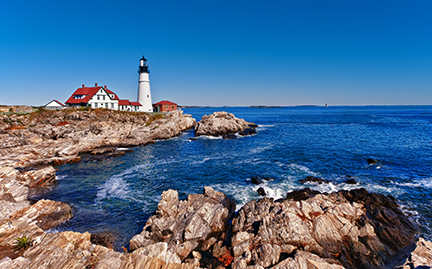 Maine Residents and Businesses Should Take Precautions to Protect Their Privacy

What you do in the privacy of your home or the specific processes you ensure the success of your business should remain private. Is it? If you think that someone is using an audio bug, hidden camera, or GPS device to keep tabs on you, call Spy Catchers LLC now at 1-800-373-8726 to schedule your professional audio bug sweep.

Maine Is a One-Party Consent State for Recording Audio

There are two types of consent laws in the United States: two-party consent and one-party consent. Maine is a one-party consent state. This means that although it is illegal for a third-party to a conversation to record what’s being said, it is perfectly legal for any involved party to record what’s being said without the permission of anyone else. This means that if you’re involved in a conversation with someone, they have the legal right to record it without your knowledge.

Divorce and Child Custody in the 21st Century in Maine

“Hidden” cameras, audio devices, and GPS devices are often used in Maine during divorces, child custody disputes, and corporate espionage. In Maine, “hidden” cameras may be placed by parents who want to know what’s going on their home provided that the cameras are not placed in areas where someone may have a reasonable expectation of privacy, such as a bedroom or a bathroom. If they live in the home or have a legal right to the home because a court order hasn’t been issued, video can be used.

What about audio devices and GPS devices in divorce or child custody disputes? Maine is a one-party consent state. This means that someone involved in the conversation can record it without the permission of anyone else. And GPS devices? Legal.

This puts former spouses and lovers at odds and at risk for stalking and harassment. And there’s not much that a family lawyer can do about it unless the victim can prove that the alleged perpetrator recorded conversations they weren’t part of or hid cameras in bedrooms, bathrooms, or other areas where the court may believe there is a right to privacy.

Maine business owners, you must understand that your success is on the line. Disgruntled former employees, current employees tempted to sell your business secrets, and dishonest competitors could be using spy devices to record your business secrets. And it doesn’t just stop with hidden traditional audio devices, cameras, or GPS devices. Did you know that the technology exists to monitor everything you type, every website you visit, and everything you say in a web conference or phone conference?

So, how can you tell the difference between a factory installed unit and one being used to monitor where you go? When a GPS is installed by a professional, it’s usually located somewhere under the hood. It usually runs off of the battery installed in your car. It also uses brackets as well as either screws or bolts to ensure that the device remains in one spot. In short, you can tell that someone took a little bit of time to properly install the device. When a GPS is being used to by someone to monitor your whereabouts, it was placed within minutes. It’s likely only attached using one or two strong magnets. It may be located underneath your car near one of the tires, under your front bumper, or under your back bumper. It can also be hidden somewhere inside of your vehicle. Common places include in the middle console, inside of the glove box, or under the dashboard. Even old cell phones can be modified into a GPS device. If it’s mounted inside of your car, it may even have wiring that allows the battery of your car to keep it powered.

If You Think You’re a Victim, Don’t Panic

If you believe that someone may be spying on you in your home or business, don’t panic. Call Spy Catchers LLC at 1-800-373-8726. Additionally, use these tips:

If you live in or own a business in Maine, it is up to you to protect your privacy and ensure your safety. Let Spy Catchers LLC help you regain your peace of mind. Call us now to schedule a professional bug sweep of your home or business: 1-800-373-8726.