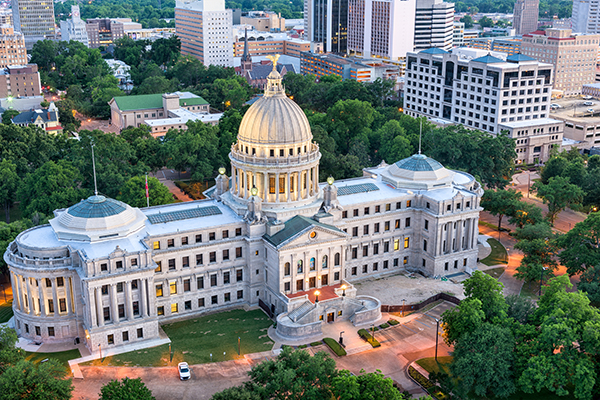 Hidden Cameras, Audio Bugs, and GPS Tracking in Mississippi: What’s Legal? Are You Being Watched Without Your Knowledge?

Hidden cameras, audio bugs that allow someone to listen in or even record a conversation, and using a GPS device to know where someone is sounds like something out of a crime thriller. You know, the movie or drama show where the police know the law and use those devices to find the bad guy and save the victim.

It sounds exciting, but someone doesn’t need to show that they are a member of law enforcement to buy those devices and use them. And the people who go out of their way to buy them do not necessarily care about the laws that govern the use of these devices. Hidden cameras, audio bugs, and GPS tracking devices are used more often against people just like you, and they often don’t know about it until it’s too late.

Is it legal for someone to use these devices to find out about what you’re doing? Are you being watched in your Mississippi home or business without your knowledge or consent?

When we talk about hidden camera use in Mississippi, it’s important to lay out some groundwork. We are not talking about home security systems placed outside that overlook someone’s property that they own and that does not point into the windows of a neighbor. We are not talking about security cameras that may be in use in the workplace, provided those cameras are not in bathrooms.

Under Mississippi law, it is not legal to photograph or film another person without their permission if that person is in a place where there is a reasonable expectation of privacy. For example, it is not illegal for someone to videotape or photograph you if you’re walking in a public park. If, though, someone videotaped or photographed you in a restroom that was part of the park grounds, that may very well be a crime.

Mississippi law also states clearly that private dwellings, such as the inside of your home, provides you with a reasonable expectation of privacy. There may be an exception if someone places a hidden camera in the living room or kitchen of their own home. It also states that any area such as a restroom, bathroom, shower room, tanning area, locker room, fitting room, dressing room, or bedroom cannot have a camera (still or video).

Illegal use of hidden cameras may be charged as a felony. The perpetrator may face between five and ten years in prison (depending on the age of the person in the videos or images) and may also be fined up to $5,000.

When it comes to using an audio bug to eavesdrop on or record conversations, Mississippi is a one party consent state. This means that if two or more people are involved in a conversation, only one of them must give consent to have the conversation monitored or recorded. It is also illegal to record or monitor someone’s conversation with the intent of committing a criminal or dishonest act. For example, monitoring or recording another person’s conversation for the purpose of extortion or blackmail would violate Mississippi law.

It is important for us to tell you the truth about audio bugs. They are not just for landlines. There are apps that can be purchased and used on your cell phone, VOIP, or web conferencing equipment. The person who wants to spy on you may not even need physical access to those devices, either. Keyloggers are another commonly used app on laptops, desktops, cell phones, and tablets that allow another person to see everything you type.

Much like we laid out some parameters earlier about hidden cameras, we are going to do the same thing regarding GPS tracking devices. We are not necessarily referring to a commercial GPS device installed by the manufacturer that requires a subscription fee. We’re also not talking about a GPS device that an automotive dealer may have installed on the vehicle to know where it is until the vehicle is paid off. We mean someone purchasing a GPS tracking device (or using a cell phone as a tracking device) that is then hidden on or in the vehicle without the knowledge of the driver.

Generally speaking, these devices may be used if someone owns the vehicle in some way. For example, you place a GPS device on a car that is titled only in your name or that is jointly titled to you or another person. Mississippi law implies that they cannot be used to track another person because that could be constituted as stalking or aggravated stalking. Mississippi is very clear in other laws about someone having a reasonable expectation of privacy.

Because of the nature of what we do, we know that people live in a constant state of denial. “No one has a reason to do that to me.” The fact is that there are many reasons that someone may use a hidden camera, audio bug, or GPS tracking device to spy on you. If you are involved in at least one of the following, you could easily be a target:

As you can see, there are a lot of reasons that these devices may be used against you. For your privacy and your possible safety, it’s important to have your home, business, and car swept for these devices. We want to help you regain your sense of peace and your privacy. Call Spy Catchers at 1-800-373-8726 for a free quote. Let our experienced professionals help you!