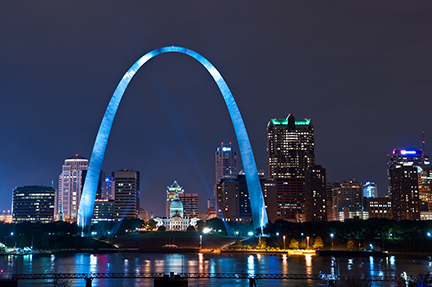 If You Live in Missouri, Someone Could Be Spying on You

Hidden cameras, audio bugs, and GPS devices are commonly used against Missouri residents and business owners. From business secrets to your personal information, someone could be spying on you. These devices are small, easily hidden, and can be purchased by practically anyone. Because many of them allow people to access the data from a separate location, it’s highly probable that you don’t even know you’re being victimized.

Even if you’re not rich and famous or your business isn’t making millions, someone could be invading your privacy with a hidden camera, an audio bug, or a GPS device. Under Missouri state law, an invasion of privacy is defined, in part, as occurring if a person knowingly photographs, films, videotapes, produces, or otherwise creates an image of someone without their consent if that person is fully or partially nude in an area where the victim would have a reasonable expectation of privacy or if someone creates an image in some way of another person by going under or through the clothing to take photos of their undergarments and the victim did not give consent. Depending on whether the image or images are distributed and how they are distributed, the consequences of invading the privacy of another person can be quite serious.

Regardless of whether someone is trying to take video or photos of you when you’re nude, recording your activities and conversations can be extremely detrimental to your life. Business owners can lose their business processes to a competitor. It could also put you in physical danger. If you believe that someone may be spying on you, call Spy Catchers immediately at 1-800-373-8726 to schedule your professional bug sweep for your home or business.

The most common reasons why someone may be invading your privacy include:

What Are the Limitations on Hidden Cameras, Recording Conversations, and GPS Devices in Missouri?

In the State of Missouri, it is illegal to place a hidden camera in a place where someone would have a reasonable expectation of privacy. Inside of a home, this includes bedrooms and bathrooms. However, if you’re in a public space, such as a park or outside on a patio at a restaurant, it isn’t illegal for someone to videotape you. However, it is illegal in Missouri to record someone with the purpose of blackmail.

Missouri is known as a one-party consent state. This means that if two (or more) people are having a conversation in person or over the phone, only one party needs to consent to recording it even if the conversation takes place in a private place. However, that’s not always how audio bugs are used. There are people who want to use these devices to monitor everything you say no matter who you’re speaking with. This is eavesdropping (also known as wiretapping). In Missouri, this includes both electronic and mechanical devices that are intercepting another party’s conversations. In simple terms, interception just means accessing private conversations without the consent of the person involved. An electronic or mechanical device is any device that has the ability to intercept. Even if the conversation is recorded in a public place, it may be illegal unless the person recording it was involved in the conversation.

It is legal for a GPS device to be used on a vehicle by its owner. If you’re involved in a divorce or child custody dispute and you’re driving a vehicle that is owned, at least in part, by the other party (meaning their name is on the title), the law isn’t being broken. In that case, it is important that you check the car regularly for the presence of GPS devices. It is also important to have the car professionally swept. Call Spy Catchers LLC at 1-800-373-8726 to have your car professionally swept.

However, it is not legal to use a GPS device in Missouri if someone has to break into the vehicle to place it, it is physically hardwired inside of the vehicle, or if the vehicle is held in a garage (because of a reasonable expectation of privacy). To learn about the signs of a GPS device being planted on your vehicle, read this article.

If you believe that someone may be using a hidden camera, GPS device, or audio bug to spy on you in your home or business, call Spy Catchers immediately at 1-800-373-8726. We want to help you regain your sense of peace.