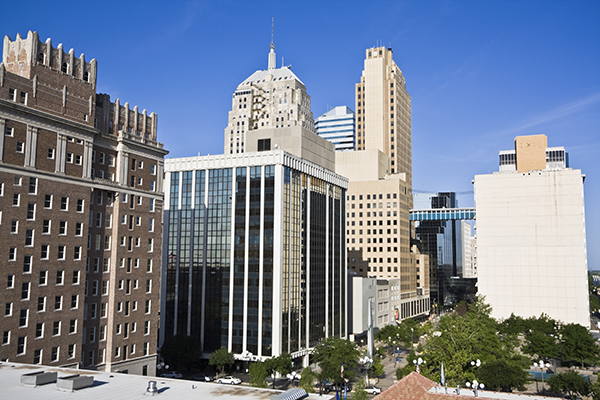 Hidden Cameras, Audio Bugs, and GPS Devices in Oklahoma: Is Someone Spying on You?

Living in Oklahoma is often seen as living a slow, simple life. Even with the advancement in technology making our lives easier, the misuse of technology manages to affect Oklahomans. In today’s society, we cannot go more than a few days without hearing about another device being compromised, the unauthorized use of a hidden camera in public or in someone’s home, and the posting of someone’s private information for everyone to see (without that person’s permission).

Technology was not created to be detrimental to our lives. Yet it is often used for spying, harassment, blackmail, and stalking. Hidden cameras, audio bugs, and GPS devices are inexpensive and easy to install, hide, and access the information it records. It is a scary prospect. It sounds like the things that suspense movies and books are made from. So, what does Oklahoma law say about the use of these devices to monitor another person?

Hidden Camera Use in Oklahoma

Oklahoma law is very strict regarding the use of hidden cameras to monitor another person without a warrant. Known as the “Peeping Tom” law, this law absolutely prohibits the use of hidden cameras to secretly watch or spy on another person where the person has a reasonable expectation of privacy, such as a bathroom, bedroom, or dressing room. However, it’s legal to have a hidden security camera to monitor your own property, provided it’s not being used to purposefully look into the window of a neighbor.

Public places such as parks and restaurants are not given the same consideration of privacy unless the videoing is done for lewd or illegitimate purposes by the person using the camera. This also includes attempting to record private areas of a person without that person’s consent. While both of the aforementioned circumstances are considered misdemeanors by Oklahoma law, there are instances where the use of video cameras are felony offenses as well.

If the hidden camera also records audio, it can be a criminal and civil violation of the law due to the states one-party consent laws.

Oklahoma is considered a one-party consent state. This means that in a conversation consisting of two or more people, at least one person must give consent to record or monitor it. Audio bugs can be used on landlines, VOIPs, and even video or teleconferencing equipment.

With all the apps, and new technology available, it’s easier than ever for someone to spy on you. Smart phones, smart devices, and computers are not immune to these apps or devices, either. The scariest part is that you may never even know if this is happening to you until it’s too late.

Are GPS Devices for Surveillance Legal in Oklahoma?

Oklahoma law provides for specific reasons for the use of GPS devices to monitor someone. Please note that we are not referring to:

We are referring to the use of GPS devices without a warrant and without consent or knowledge of the person being monitored. According to Oklahoma law, the use of GPS devices with the intent to follow, harass, annoy, alarm, or stalk another individual makes the perpetrator guilty of stalking. This may involve pursuit, surveillance, or nonconsensual contact on more than one occasion.

Much like easy access to apps that can act as an audio bug, a cell phone could be infected with an app that allows someone else to always have access to your location. An old cell phone could also be hidden in a car and wired straight to a battery to act as a GPS device as well.

Most of the time, people just do not think anyone would have a desire to use a hidden camera, audio bug, or GPS device against them. It’s certainly a disturbing thought that you could be spied on and not know it. Yet, it happens on a regular basis. If you live in Oklahoma, the most common reasons for someone to be using these devices against you are:

Take These Steps If You Think Someone Is Spying on You

If you live in Oklahoma and think that someone may be spying on you, take these steps: