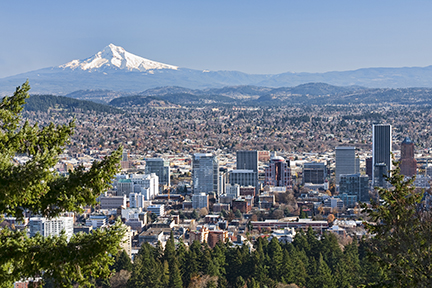 Hidden Cameras, Audio Bugs, and GPS Devices Use in Oregon

If you live in Oregon, someone could be using a hidden camera, an audio bug, or a GPS device to track everything you do, say, or everywhere you go. This intrusion can happen to both ordinary citizens and business owners. Because of the small size of these devices, it’s even possible that you’d never know it’s present if you don’t see any of the signs. Yet, if someone really knows what they’re doing or if they hire a professional, it’s likely that the signs won’t even be present. If you believe that someone may be spying on you, call Spy Catchers LLC now at 1-800-373-8726. We want to help you get your privacy back.

Use of Hidden Cameras, Audio Bugs, and GPS Devices in Oregon: What’s Legal?

In the State of Oregon, it is against the law to monitor or record a telephone conversation, a wire, or oral communication unless at least one person involved in that conversation consents. The reason we’re starting with the law related to audio bugs and recording conversations is because some hidden cameras record audio and some don’t. For hidden cameras that also provide an audio feed, Oregon law applies.

For hidden cameras, it is legal to conduct video surveillance as long as it is done in a way that is considered reasonable and unobtrusive. Additionally, hidden cameras may not be placed in an area where someone has a reasonable expectation of privacy, such as a bedroom or a bathroom. While it is also legal to record someone who is in public, it is not legal to record someone who is in the midst of performing an adult act.

It is a crime for anyone who doesn’t have a warrant to secretly place a GPS device on a vehicle without the consent of an owner. Someone who is a convicted stalker and who is violating a restraining order by tracking their victim may be charged with a felony. For others, there is a maximum fine of more than $6,000 and up to a year in jail.

Why Would Someone Spy on You?

Hidden cameras, audio bugs, and GPS devices in Oregon may seem like the stuff of movies. Would someone really want to do this to you? And if so, why? The most common reasons include:

Don’t leave your privacy, your sensitive business information, or your safety to chance. Spy Catchers LLC has the experience and equipment to help you regain your peace of mind. Call us now to schedule your home or office sweep. We even provide vehicle checks. Schedule now by calling 1-800-373-8726.