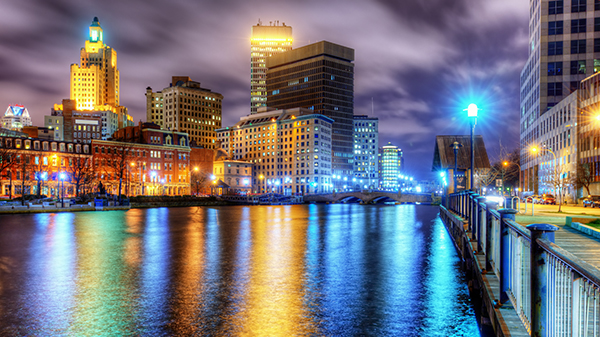 Hidden Cameras, Audio Bugs, and GPS Devices in Rhode Island: What Is Legal?

Living in the scenic state of Rhode Island where every season is beautiful in its own way may seem like paradise. We use technology to capture the beauty of life, and to stay in touch with friends and family located in other parts of the nation or even in another country. Technology certainly made our lives significantly easier. Yet, technology is not without its dangers, either. It’s often used for awful purposes. It may seem like something out of a book or movie, but the use of hidden cameras, audio bug devices, and GPS trackers to spy on others is a real concern in Rhode Island. This page explains what is legal regarding the use of such devices and highlight some scenarios that may help you decide whether your privacy and your safety are at risk.

Hidden Camera Use in Rhode Island

Rhode Island law specifically states that installing hidden cameras and / or using a device to record video of someone without their consent or knowledge is illegal. With that being said, it’s important to note that the use of hidden home security cameras on your own property to protect it’s not illegal.

Common places where you may find these devices placed include bathrooms, bedrooms, offices, and conference rooms. These cameras can be quite small. They can be small enough that they fit into any small crevice or any hole in the wall or ceiling. They also may masquerade as a decorative item.

Audio Bug Use in Rhode Island

Rhode Island is one of many one-party consent states. When two or more individuals are engaged in a conversation or exchange, only one of them must provide consent to have the conversation monitored or recorded. In addition to traditional audio bugs, there are apps that can be deployed to a computer, smart phone, or other electronic device that allows someone to see everything you type (including text messages and on social media sites). They may also be able to watch you and hear you without your knowledge by accessing the camera and the built-in microphone.

GPS Tracking Devices being used in Rhode Island: What the Law Says

We deal with GPS devices every day since they are included in our cellphones. Of course, there are also services that involve GPS built into a vehicle. This may be for the purposes of certain services like OnStar or because the lender for the car loan wants to know where the vehicle is until the loan is paid off. Knowing and engaging with a GPS on your own accord is totally different than someone using an old cell phone to create a GPS device that they hide in your car to access your location, or sticking a small GPS on your vehicle without your knowledge.

Rhode Island law states it’s illegal to install a GPS tracking device without the knowledge and consent of the vehicle owner. The exception is a GPS used by law enforcement after obtaining a warrant. Another exception is a parent installing a GPS device in their child’s vehicle if it’s used “solely for the purpose of monitoring the minor child…When the minor child is an occupant of the vehicle.”

Many people never think that someone else would make this sort of effort to spy on them, especially if they are not a public figure. No one really wants to think that they could be subjected to this sort of behavior. However, it’s something to think about because both regular people and business owners in Rhode Island are being targeted. The most common reasons for this are:

If you live in Rhode Island and believe that someone may be spying on you by using a hidden camera, audio bug, GPS, or any combination of these devices to spy on you, call Spy Catchers immediately at 1-800-373-8726. Don’t change your routine. Do not talk to others about what you think may be happening. Your phone, as well as your electronic devices could be monitored. Talking to others could mean that the person who is monitoring you could be made aware of your knowledge. They may remove the devices before they are found. They could be replanted later. Or you could never get the chance again to find out who is invading your privacy and why.

If you find a device on your own, call us at 1-800-373-8726. Don’t try to remove it without professional help. These devices can be extremely sensitive. You don’t want to damage them since they could be evidence that a lawyer could use to help you protect yourself.

Although there are signs to indicate that a device is present, a lack of signs does not mean your car, home, or office is safe. To maintain your privacy, call Spy Catchers. Let our team of professionals help you get back your privacy and your peace of mind.