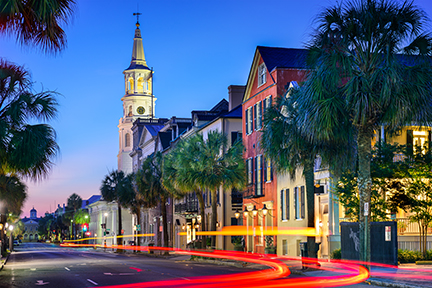 Are You Being Spied on in South Carolina?

If you’re a business owner or resident in South Carolina, your private information could be given to a third-party through an audio bug, hidden camera, or GPS. While South Carolina has a few laws on the books to protect victims, there are many instances where using these intrusive devices are perfectly legal. Spy Catchers LLC helps South Carolina business owners and residents protect their privacy. Call us to schedule a bug sweep for your home or business: 1 (800) 373-8726. Let us help you regain your sense of peace.

Why Are Audio Bugs, Hidden Cameras, and Other Spying Devices Used in South Carolina Businesses?

First, it’s important for us to mention one specific point. It is perfectly legal for a business to use cameras and audio recording devices in areas of the business where employees and visitors would have no reasonable expectation of privacy. That includes the break room since any and all employees and visitors have free access to the space for use.

Unhappy current and former employees, parties opposing the company in a lawsuit, and dishonest competitors could be using audio bugs, hidden cameras, and other spying devices against your business. They could be looking to sabotage your success or to steal your business processes. Technological improvements means that these devices can be so small that you don’t even notice that they’re there. Yet, there are programs that can also be used against you to record everything you type and everything you say during a teleconference or a web conference.

The most common places that audio bugs and hidden cameras may be located include:

The Most Common Reasons South Carolina Residents Are Targeted

While it’s certainly unscrupulous behavior, it’s often easier to understand why a business may be targeted for spying. What about South Carolina residents? Why are they spied on with audio bugs, hidden cameras, and GPS trackers? The most common reasons include:

Audio devices and hidden cameras can be hidden just about anywhere. Keyloggers and other malware could be used to watch and listen to you even if you’re not actively using your computer. Audio bugs and hidden cameras can be hidden under furniture (including tables and desks), on bookcases, inside of decorative items, within light switches or electrical outlets, in the ceiling, and even small rips in pillows.

GPS devices can be attached to vehicles by licensed private detectives. Additionally, if a GPS device doesn’t have to be hardwired into the vehicle to power the device, one can be placed on a vehicle without breaking the law. GPS trackers may be legally used to track company vehicles without the knowledge of the employees and by parents who wish to track the whereabouts of their minor child who use of the vehicle. However, there are cases in South Carolina where it has been held that using a GPS tracker is against the law if it is being used to stalk an individual, even if the couple is married or share a minor child.

As you’re probably aware, there is an increasing number of vehicle models that come with factor-equipped GPS devices. So, how can you tell whether a GPS is factory-installed or if it could be a device used to track you without your knowledge?

What Should You Do If You Think You’re Being Spied On?

If you have reason to believe that someone is using an audio device, hidden camera, GPS device, or other spy equipment or software to know what you’re doing, you could very well be right even if you never find the device. It’s likely you feel scared, vulnerable, and angry. If you think you’re being spied on:

What Should You Do If You Find the Device?

Generally, people who plant these devices are in a hurry and they may not be a professional. Anyone, even if they have a small budget, can purchase these devices locally or online. They don’t have to be professionals to plant them or to get the information from them. They may not be well hidden. If you find the device, call Spy Catchers LLC to remove it for you. Do not attempt to remove the device on your own. Doing so can damage the device. If it has a small hard drive or memory device, damaging it could mean that you never learn who planted the device. Spy Catchers LLC can help you locate and remove the device from your South Carolina home or office.