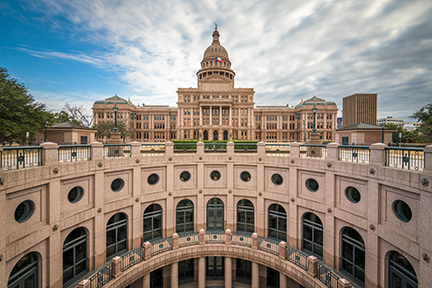 Texas residents and business owners face a serious risk to their privacy. Would you know if someone was using a hidden camera, audio bug, or GPS device to find out about you? More importantly, what’s legal?

One of the first reactions most people have when thinking about hidden cameras, audio bugs, and GPS devices is disbelief. They don’t think that anyone would have a reason to do that to them. They also think that if someone used a spying device against them, they’d notice. The fact is that there are several reasons why you could be a victim of this extreme violation of privacy. And most people? They never notice the devices are present. The devices are so small that they can be hidden practically anywhere.

If you own a business, the most common reasons you may be victimized include:

If you’re a private residence, you’re not safe from this intrusion of privacy. The most common reasons someone may be spying on you include:

If you believe that someone may be invading your privacy with these devices, call Spy Catchers LLC now at 1-800-373-8726 to schedule a bug sweep for your home or business.

Is It Legal in Texas to Secretly Videotape Others or Record Their Conversations?

In the State of Texas, there are limitations to using hidden cameras and audio devices. These devices can create a legal claim by the victim for invasion of privacy. Invasion of privacy is a civil claim. Even if you’re living with someone (be it a spouse, significant other, or a roommate), a hidden device that is used to record you when you believe you’re in a private setting could be illegal.

Texas Is a One-Party Consent Laws for Recording Conversations

The State of Texas only allows intercepting or recording “wire, oral, or electronic communication” if one party to the conversation consents to it being recorded or intercepted. For example, if two people are involved in an email exchange or a verbal conversation, one party may consent to making a recording of what’s happening. They may even do it for their own purposes. They can also allow a third party to do it without the consent of the other party involved. However, if a verbal conversation is in an area that the parties do not have an expectation that someone else may listen in or otherwise intercept the communication, this law does not apply.

Earlier, we mentioned that one of the most common times these devices are used is during a divorce or child custody dispute. In this instance, the person placing the device or devices (including GPS devices) may be violating both state and federal law. However, a spouse may record conversations that they are participating in (hence the one-party consent mentioned above). In Texas, this may also be extended to recording a phone conversation a child has with another person since the parent can consent for the child as long as the parent believes they are acting in good faith and doing what is in the best interest of the child. The child does not have to be told that they’re being recorded.

If you think that someone may be using a hidden camera, audio bug, or GPS device to spy on you, don’t tell anyone. Instead, call Spy Catchers LLC at 1-800-373-8726 to schedule a bug sweep. Remember that you don’t know who may have placed the device. You probably don’t know the exact reason or how many devices there could be. Talking about its possible presence could alert the person who placed it that you know. They may try to remove the device or devices before you can have a professional find them. They could be hidden again at a later date.

Look for signs that a device may be present. Hidden cameras and audio bugs are tiny. They can be hidden almost anywhere. This includes under tables, inside of vases, behind pictures hanging on the wall, inside of ripped cushions, under the bed, under furniture, and even inside of wall plates (such as electrical sockets). You might see dust or debris that looks like it came from the wall or ceiling. You may notice that once clear phone lines now sound weird or there are weird sounds. You may notice that your cell phone battery runs down faster than usual.

If you find a device, don’t remove it on your own. Call Spy Catchers LLC at 1-800-373-8726. They’re highly sensitive and can be easily damaged. If they’re damaged, you may not be able to find out who placed them or pursue your legal remedies due to lack of evidence. Let us help you get your privacy back. Call us now to schedule a professional bug sweep of your home or business.