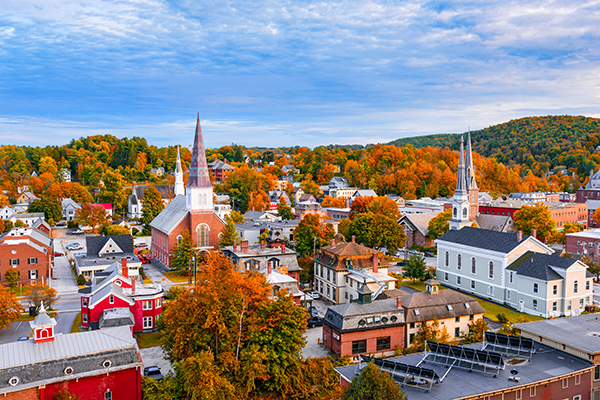 What Does Vermont Law Say about the Use of Hidden Cameras, Audio Bugs, and GPS Devices?

As the technology progresses in society, we often find ourselves relying on it for many purposes. Right now, you are on a computer, or smart phone, either using a wireless internet connection or a physical cable connecting your device to a modem. We use the cameras on our phones to take pictures and record videos. We use our cars and smart devices to help us get from point A to point B. We use social media to talk to our friends and family regardless of where they are in the world. By and large, it’s easy to understand why it seems like technology positively impacts our lives.

Yet, some people misuse technology or exploit flaws found within devices. Many times, there are people looking to use technology for nefarious reasons. Hidden cameras, audio bugs, and GPS devices are just some of the misused technological inventions people use to harass, annoy, stalk, blackmail, and even look to harm others. These items are often very affordable, easy to install, and easy to set-up and access. What does Vermont law say about the use of these devices?

What the Law Says about Hidden Camera Use in Vermont

Vermont has specific laws against voyeurism. The law states that videoing another person without their knowledge or consent in a place where they have a reasonable expectation of privacy is a crime. The first offense may result in a sentence of up to two years of imprisonment and / or up to $1,000 in fines.

Vermont has set laws into effect to protect the privacy of its citizens. It is illegal to install a hidden camera in someone’s home or business without their consent. This includes bathrooms. The devices also may not be installed inside of hotel rooms. However, areas considered public places, such as a public park, are not covered by this law.

What the Law Says about Audio Bug Use in Vermont

Vermont is a one-party consent state. When a conversation is being recorded or monitored and it includes two or more people, at least one person must give consent for it to be monitored or recorded. It does not matter if the conversation happens in what is considered a reasonably private place. Under Vermont law, it constitutes invasion of privacy.

GPS device laws in Vermont consider certain things as “protected user information.” Anything involving a person’s GPS location data or cell tower location data is considered to be protected by the user’s expectation of privacy, provided that there is no warrant issued by a lawful body to obtain that information. The use of GPS devices to track, monitor, pursue, or surveil a person on more than one occasion without their knowledge is considered stalking in Vermont. Stalking is a completely different charge than the use of GPS devices, and with it comes much harsher penalties. We mention it in this paragraph because GPS devices are used more and more to perpetuate the crime of stalking.

Now that you’ve read what’s legal and what’s not, let’s talk about whether someone could be spying on you. It’s not a comfortable thought, but it is something that should be considered. If you live in Vermont, the most common reasons someone may be using a hidden camera, audio bug, or GPS device against you include:

Although there are no visible signs you may find that lead you to believe you are being monitored or could indicate a hidden camera, audio bug, or GPS device is present, that doesn’t mean you’re safe. It could also mean that someone hid the device or devices really well. If you think you’re being spied on, call Spy Catchers now at 1-800-373-8726. Let our professional team help you get back your privacy and your peace of mind.

If you find the device, do not try to remove it on your own. Many of these devices are extremely sensitive. If you want to learn more about your potential legal rights related to the placement of the device, you’ll need the device intact so that the data can be pulled by law enforcement or your lawyer. Call us. We’re here to help: 1-800-373-8726.