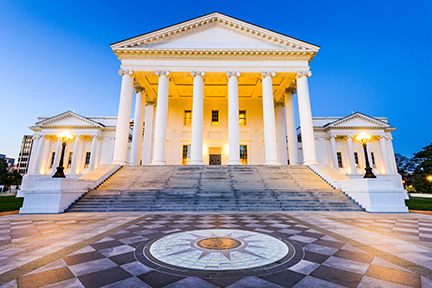 Virginia Residents and Business Owners: Your Privacy May Be Invaded by Hidden Audio Bugs and Cameras!

If you live in Virginia or if you operate a business there, your personal life and your business secrets are at risk. While Virginia has some strict laws regarding the use of hidden audio bugs, hidden cameras, and GPS tracking devices, we all know that not everyone follows the law.

What Does Virginia Law Say about the Use of Hidden Audio Bugs?

Virginia is what is known as a “one party consent” state when it comes to recording conversations. If someone is involved in a conversation, they may record it regardless of whether the other person agrees to doing so. However, there are also limitations to the one party consent law.

Many hidden audio devices planted in Virginia homes and businesses aren’t used because someone is part of a conversation. These devices are often used by people who want to capture audible sounds (including conversations) from those areas.

What Does Virginia Law Say about the Use of Hidden Cameras?

Virginia law states that videotaping or photographing someone without their consent if they are partially or totally nude, or in areas where that may be expected, is illegal. So, hidden cameras in bathrooms, bedrooms, and other areas where someone may not wear clothing is illegal if consent is not given.

However, hidden cameras may be placed in the home unless they also record audio. Audio may not be recorded without consent.

What Does Virginia Law Say about the Use of GPS Tracking Devices?

Virginia has a state law that covers “motor vehicle recording devices.” Many Virginia lawyers have stated that authorized GPS use depends on who owns the vehicle. Joint owners or the owner of the vehicle may have the legal right to track it. However, third-parties may not. State law says that using a GPS tracking device without proper consent, using a third-party to place it, or being deceptive (without consent) is a Class 3 misdemeanor unless a parent or legal guardian is tracking a minor and is the person’s sole caretaker, is the legal guardian of an incapacitated adult as defined by state law, owns the vehicle, or is a registered private investigator (unless the person being tracked has a protective order in place against the person who hired the investigator).

Hidden audio bugs, hidden cameras, and tracking devices used to be the stuff of PI novels and dramatic television shows. Now, they’re an affordable reality. Why would someone want to spy on you? The most common reasons include:

If you believe that you’re being spied on, call Spy Catchers LLC at 1 (800) 373-8726 to schedule a professional bug sweep of your home or business.

Where Are Audio Devices and Cameras Usually Hidden in Virginia Homes and Businesses?

Earlier we mentioned that Virginia is a one party consent state. So, if the person who hides an audio device participates in the conversation, no law was broken. Yet, people who are part of the conversation usually record with the device on their person. They don’t usually hide a device. Hidden devices are more commonly associated with landlords, business competitors, spouses, and angry employees looking for information to blackmail you with.

Additionally, businesses may install security cameras in areas where employees have no expectation of privacy, such as a breakroom or reception area. Homeowners may install hidden cameras if they do not record audio and as long as people wouldn’t have a reasonable expectation of privacy. To learn more about Virginia laws related to audio and video devices, talk with a family lawyer, criminal lawyer, or business lawyer. That is the best way to learn about the laws related to these items.

For homes, the most common places where we’ve found hidden audio bugs and cameras include:

For Virginia businesses, the most common places where we’ve found hidden audio bugs and cameras include:

If you notice new decorative items that you know you didn’t buy, be careful. Those could contain spying devices. Whether you find the device on your own or not, call Spy Catchers LLC at 1 (800) 373-8726 to schedule a professional bug sweep. Don’t ever try to remove the bug on your own. You could damage it. If it’s damaged, law enforcement may not be able to retrieve its data to determine if a law was broken and who planted the device.

Don’t Tell Anyone You Think There’s a Hidden Device

It doesn’t matter if you think there’s a hidden audio device, hidden camera, or GPS tracker. Don’t change much of your routine and don’t mention it to anyone other than Spy Catchers LLC. Changing your routine or talking about it could alert the perpetrator that you know that they’re potentially breaking the law. That could cause them to remove the device and plant it again. Instead, call Spy Catchers LLC from a safe phone in a safe location right away: 1 (800) 373-8726.