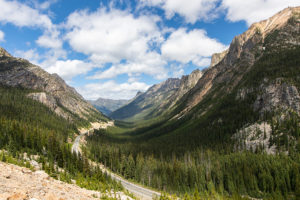 Washington Residents: Is Your Privacy Being Invaded by a Hidden Camera, Audio Bug, or GPS Device?

If you live in Washington, your privacy may be in serious jeopardy. Continuous improvements in technology have made it easier than ever for people to buy and use hidden cameras, audio bugs, and to implant GPS devices on cars. A hidden camera, audio bug, or GPS device could be hidden in your home, office, or vehicle and you might not even recognize it’s there. This puts your privacy, and sometimes even your safety, at risk.

What Are the Signs of a Hidden Device Invading Your Privacy?

The signs that come along with a hidden device invading your privacy depend partially on the type of device used and where it is hidden. For Washington homes and businesses, some of the signs of hidden cameras and audio bugs include:

Of course, this isn’t an all-inclusive list of signs. You may also notice that when you turn out the lights that there are small LED lights you never noticed before. For cell phones, you may notice marked interference if you stand near a television that is turned on.

Even if you don’t see any of these signs, that’s not a guarantee that your privacy is secured. Contact Spy Catchers immediately on our toll free line, 1-800-373-8726, if you believe that someone may be spying on you.

We know what you’re thinking. You’re just a regular person in Washington. No one has any reason to spy on you. The fact of the matter is that’s just not true. There are several reasons that someone may target you. The most common reasons are:

Are These Devices Legal in Washington?

Washington does have laws on whether other people can video you or record conversations without your knowledge. In fact, Washington is considered to have some of the strongest privacy laws in the nation related to these devices. Generally speaking, whether video taping may occur of another person depends on why and where it happens. For example, people have a reasonable expectation of privacy in certain areas, such as a bedroom or a bathroom. Even if the hidden camera isn’t found in an area such as a bedroom or bathroom, it could still be seen as an invasion of privacy. Washington does give individuals a right to sue if their privacy is being invaded. They can also sue if they are being harassed.

When it comes to audio bugs, Washington is a two-party consent state. This means that in order to legally record a conversation everyone involved in it must give their consent. If someone violates this law and records conversations without consent, they could face serious legal problems.

Depending on how a GPS tracking device is used, a court may find that it constitutes stalking. This may include, but isn’t necessarily limited to, someone using the GPS capabilities of a phone to track the whereabouts of another person without their knowledge and consent.

Ultimately, a lawyer would be able to tell you whether you have a viable case against another person who violated your privacy.

What Should You Do If You Think You’re a Victim?

If you live in Washington and think that someone may be invading your privacy by using a hidden camera, audio app, or GPS device, we have some tips for you:

Don’t wait. If you think that someone could be spying on you, call us. We’re here to help you get your privacy back.