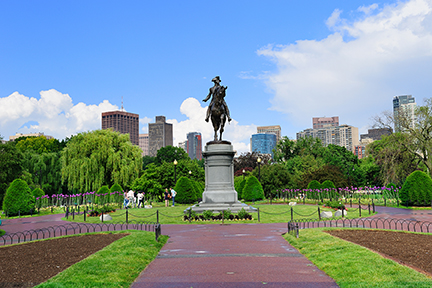 Hidden Cameras, Audio Bugs, and GPS Devices in Massachusetts: Are You Being Bugged? Is It Legal?

The east coast is well known for its high-profile residents. Well-known business owners, celebrities, and politicians reside up and down the coast. Massachusetts is no exception. It has its fair share of easily recognizable names and faces. Of course, the media chomps at every opportunity to find out what they’re doing at any given moment. Yet, those individuals aren’t the only ones who have to worry about whether their private conversations and moments remain private. If you’re a resident of Massachusetts, you could be a victim of an audio bug, hidden video camera, or a GPS system and not even realize it.

Why Would Anyone Want to Spy on You?

It’s a valid question that Spy Catchers is asked all the time. Why would anyone want to spy on you? The most common reasons people spy in Massachusetts include:

Spy Catchers LLC is a professional corporation providing professional bug sweeping services to Massachusetts business owners and residents. If you think your home, car, or business could be bugged, call us now at 1 (800) 373-8726. Don’t wait. Your privacy is at stake.

The Signs of Hidden Spy Equipment

The most commonly used spy equipment in Massachusetts includes audio bugs that listen in on what’s being said over the phone or in a room, hidden cameras, and GPS systems. The signs depend on the type of bug that may be hidden in your home, business, or even in your car. If you think that someone is spying on you, don’t talk about it on the phone, to anyone you know, in your home, in your office, or even in your car. This could alert the person who placed the bug that you know about its existence. They may try to remove it or disable it (and hide the evidence) before you can find it. Stick to your overall usual routine to avoid alerting the possible suspect. Call Spy Catchers if you see any of the following signs:

If you do find a stand-alone audio bug, hidden camera, or GPS, don’t remove it on your own. Call Spy Catchers. Damaging the unit could make it harder for you to figure out who is spying on you (and why).

The most common rooms where a bugging device is found in a Massachusetts home includes bedrooms, bathrooms, living rooms, home offices, and dens. The bugs are generally not just placed out in the open. They are often found:

Even if you spent hours searching for bugs to protect your privacy, you may not find a well-hidden device. It takes the right equipment and experience. Spy Catchers LLC helps Massachusetts residents find peace of mind by providing bug sweeps of their home. Call us now at 1 (800) 373-8726 to schedule your appointment.

You spent a lot of time building your business. You’ve perfected your techniques and refined all of your processes. Suddenly, lucrative contracts seem to go to your competitors. You’re losing clients. Sometimes, it’s not just a matter of unscrupulous competitors out to steal your business. Unhappy current or former employees could be spying on you, too. Maybe they plan to strike out on their own or maybe they plan to try to find a way to sue you. Whatever the reason, leaked business information can destroy your business.

Until you know for sure that your business isn’t bugged, you may want to protect it by not talking about certain business practices and secrets. However, remember to not mention on your phone, in your email, through video conference, or to anyone else that you think there’s a bug. Doing so could alert the person who placed it. You may not be able to find out who spied on you if they remove the device.

Common places bugs are used in Massachusetts businesses include:

Spy Catchers is here to help your business protect its competitive edge and professional reputation. If you believe that your business is being spied on, you could very well be right. Call us right away at 1 (800) 373-8726.

Massachusetts Has No Laws Preventing the Use of GPS Devices

As of April 2018, Massachusetts has no laws in place that prevent the use of GPS devices. While the devices certainly have some legitimate uses, they are often used for more nefarious purposes. Without the right laws in place, law enforcement and the court system can’t do much about it.

A GPS device can track your car’s every movement. One can even be placed on your phone. This leaves you open to being followed by family members, obsessed former spouses or significant others, business competitors, and people you don’t know who could be stalking you. GPS devices in cars are often coupled with listening devices. If they’re properly installed, you may not know that either is there. This prevents a very real danger to your privacy and possibly your safety.

If you live in Massachusetts and think that an audio device, hidden camera, or GPS is being used to spy on you, don’t wait to call Spy Catchers LLC. Let us help you protect your privacy.